The Settings pop-up automatically opens up once a new project is created.

For an already existing project, the settings can be accessed at project level by project creator and account owner. Clicking the

icon will show the settings option [highlighted by the red rectangle in the screenshot below].

The 'RFI settings' pop-up screen is shown below, 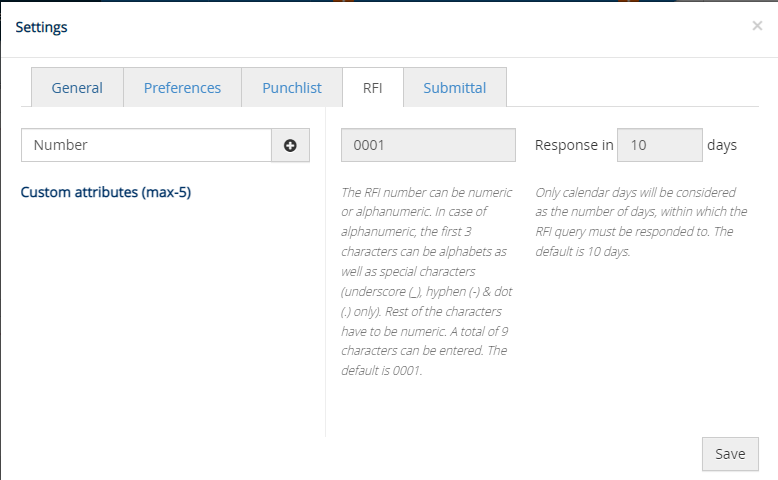 Tip: Numbering provided for identification of the various field names.

For example, enter a custom attribute called  'Number'. This attribute will appear as a field on the Create RFI screen as shown in the screenshot below,

You need to click on [Save] to save the settings. After entering the custom fields which can be from none to 5, the number of custom field names entered will appear as fields (against which information can be entered) on the Create RFI pop-up box.